Patricia Charles remembers going to the public library when she was a small child. The  library was only a block away. Because she was too young to cross the street alone, her older brother reluctantly volunteered to take her. Of course, she wouldn’t let him carry her books. She was a big girl. She had so many books she had to balance them with her chin, and she cried when she had to return them. Books have been in her life as long as she can remember.

Her love of books eventually lead her to the theatre. She has a Master’s of Arts in Drama and Communications and a Master’s of Library and Information Sciences. Naturally, she is a librarian, a medical librarian.

She is a member of the Romance Writers of America, Southern Louisiana Chapter of RWA and Celtic Hearts Romance Writers. In 2013, she won Best Historical and Highest Overall Score in the Dixie Kane Contest.

Patricia lives on the  Gulf Coast, having moved there from New Orleans after Hurricane Katrina. Frodo, her large 16-pound Pomeranian, likes to lick her feet while she writes. Here he is after he pulled up a dead plant from her so-called garden. Between her inability to grow anything except weeds and Frodo’s love for digging, the garden is a joke. 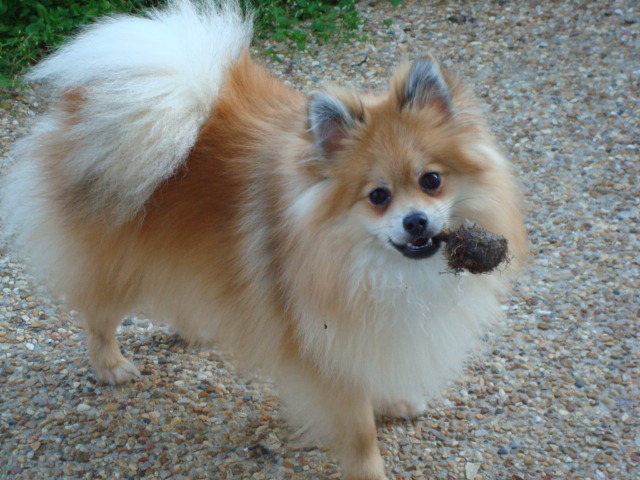